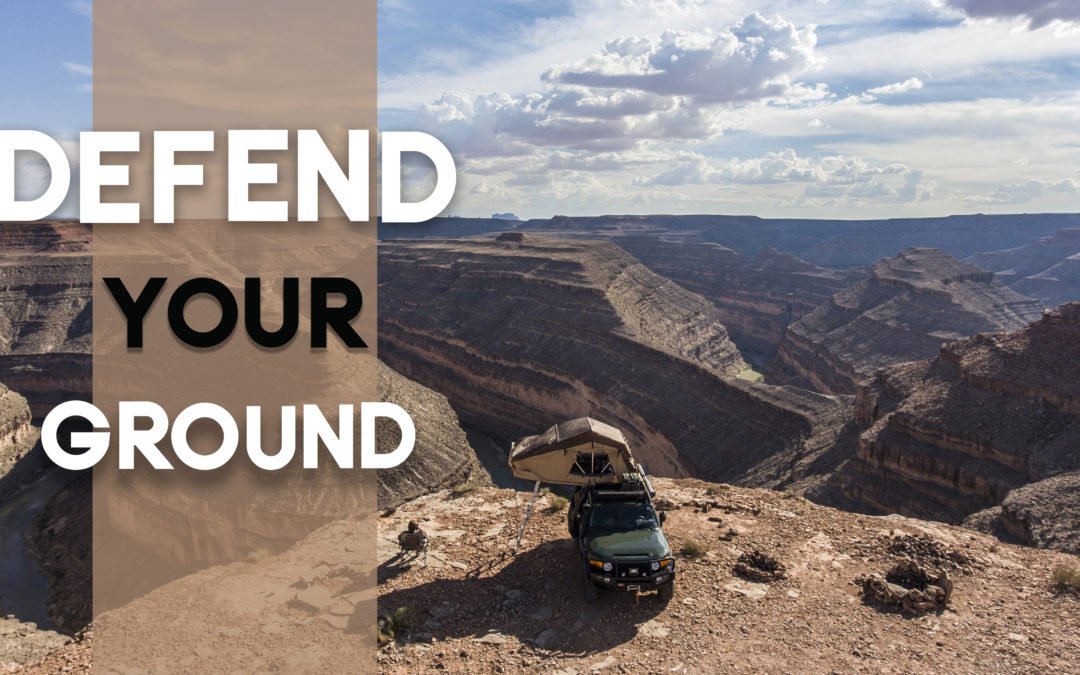 1.The Klondike Bluffs area, just outside of Moab, which is a popular dispersed camping area has listed final rules for camping in this Mountain Biking area. The first proposed rule is eliminating dispersed camping. This is a popular area for this type of recreation in fact, Moab was the 4th most searched area for camping spots in 2021 on The Dyrt app. Data also showed, 23% of campers prefer the dispersed camping experience over other forms of camping. If Klondike Bluffs is now going to eliminate dispersed camping, these users should have new areas opened up to them that allow dispersed camping. The other rules for this plan include requiring a portable toilet and no cutting or gathering of wood. Although we would like to see dispersed camping continued, we are happy to see the Bureau of Land Management look for management solutions to problems rather than complete closures. Human waste has been an ongoing issue throughout public lands and is usually used as an excuse to completely close off areas. Klondike Bluffs will be a great example moving forward of how management can offer solutions with continued access. Requirements to bring your own firewood are common for many areas, and with the right education and enforcement this can be a reasonable management solution to ensure continued camping access. With the increased wildfire risk in recent years, camping users should also be willing to adapt when it becomes clear that the risk of a campfire is too high.

The Shortcomings of Reservation Systems

2. The second development came from the White House and the Department of Interior. They recently released their Equity Action Plan. this plan discusses the barriers people face in order to access and enjoy public lands. One of these barriers is cost. Implementing reservation and fee systems ultimately don’t favor the underserved populations this plan addresses. In a White House meeting regarding this plan, the limited access to broadband was also discussed. Underserved populations are less likely to have broadband in their homes which also makes it difficult for them to access the reservation sites to reserve spots ahead of time.

“Results suggest that for each of the five campgrounds, those campers camping in sites that require reservations came from areas with higher median household incomes, on average. In three of the five campgrounds, this difference was significant. Additionally, in an urban-proximate setting, those camping in sites requiring reservations came from areas with a higher portion of White residency than those campers in campsites not requiring reservations, on average.” You can read the findings of the study here.

3. As changes in the world happened many people looked to have more personalized time with family, friends and nature. A new app called The Dyrt, helps connect users to camping experiences. According to data from the app, 2021 was the year of camping with many of those users being first time campers. Within those campers more than 50% camped in an RV and 23% preferred to dispersed camp. BlueRibbon is concerned that public land managers are not providing adequate opportunities for all types of campers. When agencies implement restrictions on designated campsites and look to address common problems among camping they should ensure that the opportunities meet the needs. Are there enough campsites to accommodate the 50% of RV users? We are seeing an increased push throughout public lands to limit dispersed camping and they are not opening more dispersed camping areas to accommodate that user group.

The areas with the most public land such as Nevada, Utah and Colorado were the areas that users had the hardest time finding a place to camp. 48% of users reported having issues finding a camp site. The user group with the most difficulty were those with an RV or trailer. Land agencies need to ensure they are providing sufficient space for all different user groups. Dispersed camping doubled in 2021 from 2020. Because dispersed camping is on the rise, we shouldn’t be seeing more proposals to limit dispersed camping but proposals to open new areas. You can read about a few of those proposals happening in Colorado as well as another proposal in Colorado here. With both of the proposals, Colorado authorities are wanting “camping concentration areas”.

As camping on public lands has grown, especially the desire for remote, dispersed sites land agencies need to ensure they are using all data to provide the public with sufficient opportunities to meet the needs and demands of the public. As dispersed campsites are being closed, pushing users to camp more and more in designated camping areas, the design of those areas should be based on best available science surrounding the user preferences for these areas. With as much public land the western United States has, finding an open, free camp spot should be the least of peoples worries.