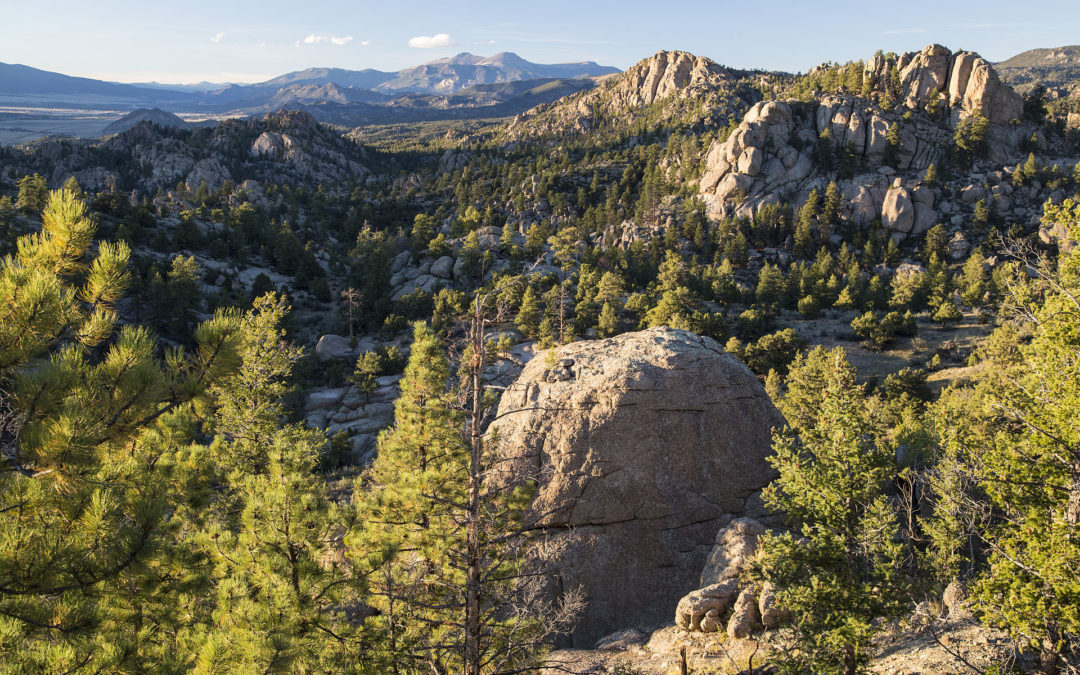 The BLM is currently working to create and update existing travel management within Chaffee County, Colorado.  The BLM’s current considerations regarding this travel management planning process include whether and how much to limit dispersed camping, construction of developed campsites, managing increased recreational use, managing user conflicts between recreational users and adjacent land owners, and possible road closures.

Between the years 2016 and 2019, the county estimates that recreational use of the area has increased by 12% per year.  During that time, the BLM has received increased documentation regarding trash, improperly disposed human waste, and other negative impacts to the area.  They have also claimed a growing public demand for more developed camping in the area and to have seen increases in user conflicts between visitors and adjacent land owners.  The BLM and associated parties are taking a land health standards and human health and safety approach in mitigating and preventing these and other reported negative impacts.

Within the Chaffee County area, travel management considerations are being given particular attention in the Shavano area, the Burmac/Methodist area, Fourmile North, the Browns Canyon National Monument Entrance/Hecla Junction, and Pass Creek.  Several of these areas, including the Burmac/Methodist area and the Browns Canyon National Monument Entrance/Hecla Junction currently fall under the 2006 Arkansas River Travel Management Plan which allows a 100’ margin for dispersed camping off of designated routes.  The BLM and associated land management groups have expressed concerns regarding potential impacts resulting from this wide margin and are seeking ways to decrease this margin in upcoming travel management.  They also claim that the existing trail network has created a demand for camping opportunities which are too limited to support the demand.

The Shavano area is also receiving particular attention in this travel management process as an area that was hitherto unregulated.  This area has seen a high level of recreational demand in recent years.  Concerns currently claimed for this area include user conflict over recreational impacts on grazing, recreational impacts on wild forage, complaints regarding multiple fire rings, complaints of improperly disposed human waste, and a broad network of user routes which may see future closures.

Other conflicts and concerns to be addressed by future travel management planning include user conflict between dispersed and developed campers and efforts to decrease a 100’ margin for dispersed camping off of designated routes in the Fourmile North area (currently managed through the Fourmile Travel Management Plan of 2002), efforts to decrease use of the Browns Canyon National Monument Entrance/Hecla Junction as an alternative for paid camping and claimed user conflicts between dispersed campers and adjacent private property owners, and preemptive management of areas without travel designations that currently do not receive much use but exist in close proximity to highly valued recreational resources such as the Arkansas River and popular trail systems.  All areas are currently being considered for restrictions on dispersed camping, with an increased focus on constructing and maintaining developed campsites.

BlueRibbon Coalition encourages responsible use of lands and urges its members to recreate on public lands respectfully in order to preserve both public land use privileges and the land itself while also urging public land administrators to ensure that regulations and travel management are not created and implemented in such a way as to disadvantage any one group of land users more than another.  The direction of current travel management planning considerations leans heavily towards limiting the access of dispersed campers.  If you enjoy free, dispersed camping on public lands in this area of Colorado, we encourage our members to actively participate in the planning process and work to preserve responsible access for all user types by submitting a public comment to the BLM by 5pm on May 20th.

As you draft and submit your public comment, please consider the following points.

The above travel management considerations reveal a trend in the current travel management process.  Across the nation, dispersed camping is becoming increasingly limited and without an increase in user responsibility and appropriate advocacy, we anticipate seeing major reductions in areas where dispersed camping is allowed. This will only exacerbate impacts in the dwindling areas where dispersed camping remains allowed. We urge you to practice responsible cleanup and use of lands, to educate other users regarding responsible use, and to participate in the public process by submitting a comment to the Bureau of Land Management.