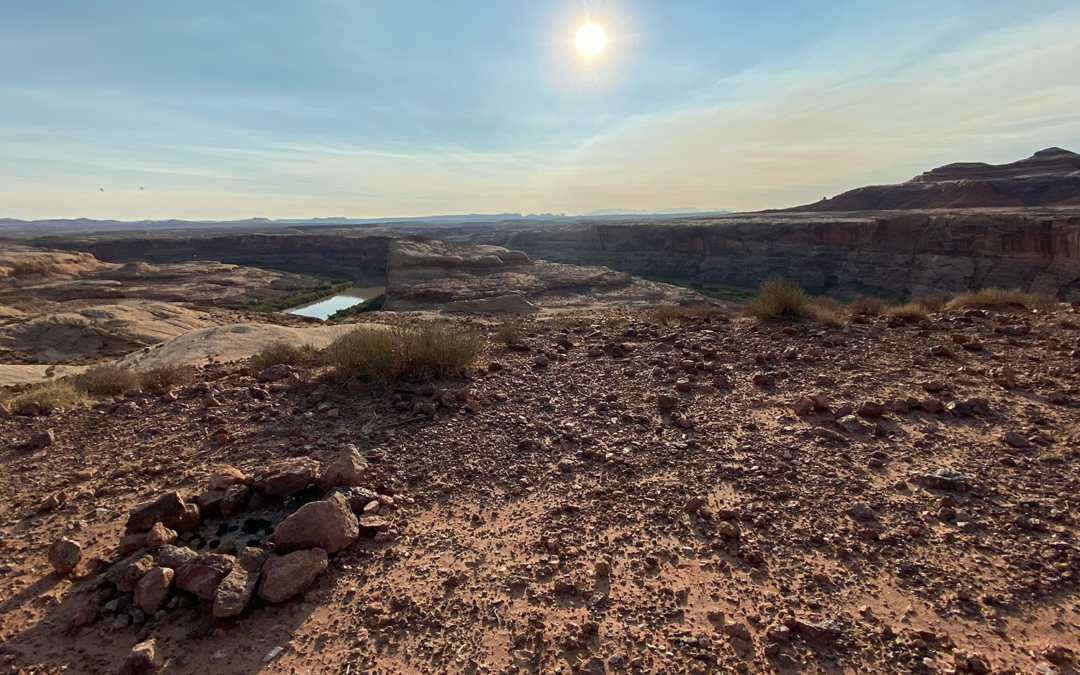 UPDATE – This week our staff was invited to present our findings on the Dingell Act Plan Amendments to the Emery County Public Lands Committee. We were encouraged to see Emery County leaders and Congressional staff recognize that many of the proposals being presented are contrary to the statutory language and intent of the Dingell Act. It is critically important the BLM continue to hear from the public on this issue. We also need invite our supporters to review the statements made for the Congressional Record by Congressman Curtis and Senator Romney which in many cases demonstrate the BLM is directly contradicting the Dingell Act in their proposals:

The 2019 Dingell Act, previously known as the Emery County Bill, designated Wilderness and also released several wilderness study areas in one of Utah’s largest counties. In response, the Bureau of Land Management is proposing six amendments to their 2008 resource management plans (RMP) for the following areas (each link will take you to a separate action alert where you can submit a comment all of which are due on January 7):

We’ve already extensively covered the Green River Wild, Scenic and Recreational River Segments in a separate post. We’ve already seen hundreds of comments come through, but we need everyone to add their voice to this amendment, which could be used to close some of the most popular trails near Moab. You can learn more about the Green River amendment and submit a comment here.

Wilderness Areas and Released WSAs: The Dingell Act designated wilderness but also designated cherry-stemmed roads within the wilderness that should not be subject to wilderness management policies. The amendment states, “As a part of the San Rafael Swell TMP effort, the BLM and its cooperators review all known routes in the travel management area (including within the Recreation Area and any Wilderness Area Cherry-Stem or Boundary Roads) and the TMP will result in each route receiving an OHV open, limited, or closed designation, which specify if, when, and how OHVs may use each route. TMPs are activity level plans and route designations are site specific decisions.” Any travel management plan route designations that close cherry-stemmed roads would be in direct contradiction to the Dingell Act.

We are also concerned that any route outside of the designated wilderness can be closed or restricted through this Travel Management Process.

The released Wilderness Study Areas (WSA’s) cannot be subjected to wilderness management practices anymore now that they were released through the Dingell Act. The amendment itself states, “…the released WSAs are no longer subject to wilderness study areas”. We need to ensure the BLM hears our voice in requiring them to follow through with the Dingell Act and update OHV use areas, recreational use and no longer manage these lands to preserve wilderness characteristics.

We are not as concerned with the National Conservation Area, Jurassic National Monument and the McCoy Flat Mountain Bike Trail System as those amendments seem to be appropriate and reasonable. We still need people to submit a comment on each amendment though to signal strong support for recreation access. Our action tool makes it quick and simple to make your voice heard.

Organizations committed to shutting down access in Utah are on track to raise over $100,000 in their end-of-year fundraising drive. We want to match them dollar for dollar to give us the resources we need to fight back!