Why 3588 for Lake Powell’s Lake Level 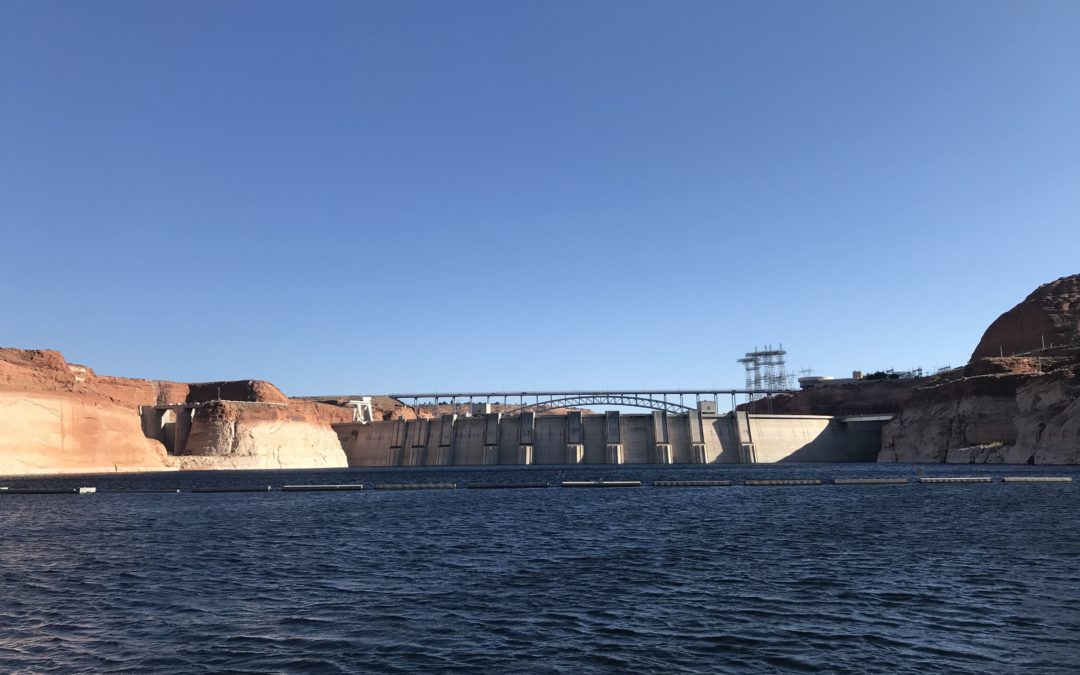 One of the key principles of Fill Lake Powell is to achieve and maintain a target lake elevation of 3588 feet above sea level by Water Year 2026.  This elevation was chosen because it would allow existing recreational infrastructure to operate, including the Castle Rock Cut.  Without the marinas, boat ramps, and other service facilities in place, visitation to the GCNRA would drop dramatically, which would have significant regional economic consequences.  In 2019, lake visitors on average spent about $100 per person, resulting in a direct net positive of $420 million to the region, without even considering the multiplier effects of this economic influx.  GCNRA generates more revenue than any of Utah’s national parks, including Zion, Bryce Canyon, Capitol Reef, Arches or Canyonlands.  But it can only do that if the lake remains high enough to remain attractive to visitors.

At 3588, the lake would also be high enough to allow for a viable mid-lake marina, which is a critical facility for boaters, who otherwise may not be able to easily reach larger portions of the lake.  Currently, Dangling Rope Marina is offline and until the lake rises again, it may be difficult to replace its function.

Here is a list of key facilities that would remain viable at 3588:

But is it even realistic to set a target of 3588?  If the goal is a sustainable and viable Lake Powell, you have to start with a target elevation, then figure out a path to achieve it.  The only way to raise the lake level to 3588 is either with more precipitation upstream, or less use of the water that’s there.  Or a combination.  That’s it.  Precipitation is largely out of anyone’s control.  It will happen when it happens.  But water use is a controllable variable.  And in simple terms, that means either increasing supplies from other sources, or reducing demand.  Or both.  Is that possible?  Yes, but it would require intestinal fortitude and hard decisions on the part of everyone involved in the watershed.  But if there’s a path that seems fair (or equally unfair) to all parties, that’s the way to go.

Now it’s important to realize that making the lake rise is something like paying back a loan.  You can’t pay it off in one year, and there will be setbacks along the way.  But you can start by figuring out what it takes to—on average—create a net surplus in the system each year, and work within those boundaries. The current allocation system doesn’t do that.  It never did.  When the collective water use in the entire Colorado River watershed among the seven states has NEVER been more than 12.59 maf in any given year (and that was in 2001), and water storage still trends downward over time, then you know an agreement predicated on at least 15 maf being available to those states (and 1.5 maf to Mexico) is not realistic and never was.

It is instructive to know that in the years that Lake Powell was originally filling, collective water use was relatively low. Until 1986, collective water use among the states was never more than 10 maf, and sometimes less than 9 maf (with one exception: 1974 at 10.04 maf).  And that seemed to be a formula to help the lake rise in those early years.

If this is ever going to get sorted out, it is important to think in the collective interest of the states, not their individual interests.  Otherwise, the bickering and sniping among the states, assigning blame, focusing on the past, will scuttle the entire process.  But the good news is that in general, collective water use has generally declined in the past 20 years.  Slightly.  From that peak of 12.59 maf in 2001, it’s settled into a fairly stable 11 maf +/-.  And yet that still seems like too much in the long run when balanced against the likely input in the future.  Is it possible to get back to the water use of the 1970s and early 1980s from this source?  Given that we now know other ways to create water supply options that we did not know then, perhaps it can be done.  Additional water supplies can be created in different ways—through desalination in coastal areas (such as in California), and through water reclamation facilities (reuse of wastewater), which could be an option any state.  And on the flip side, better water conservation practices can reduce demand, as can growing less water-intensive crops in agricultural areas.  So can changes to land use policies that encourage development that uses less water.

Collectively, these and other innovative water supply and demand strategies would relieve some of the pressure on the Colorado River watershed, which in turn would allow for the reservoirs to slowly rise to sustainable levels.  The target is 3588.  By 2026.