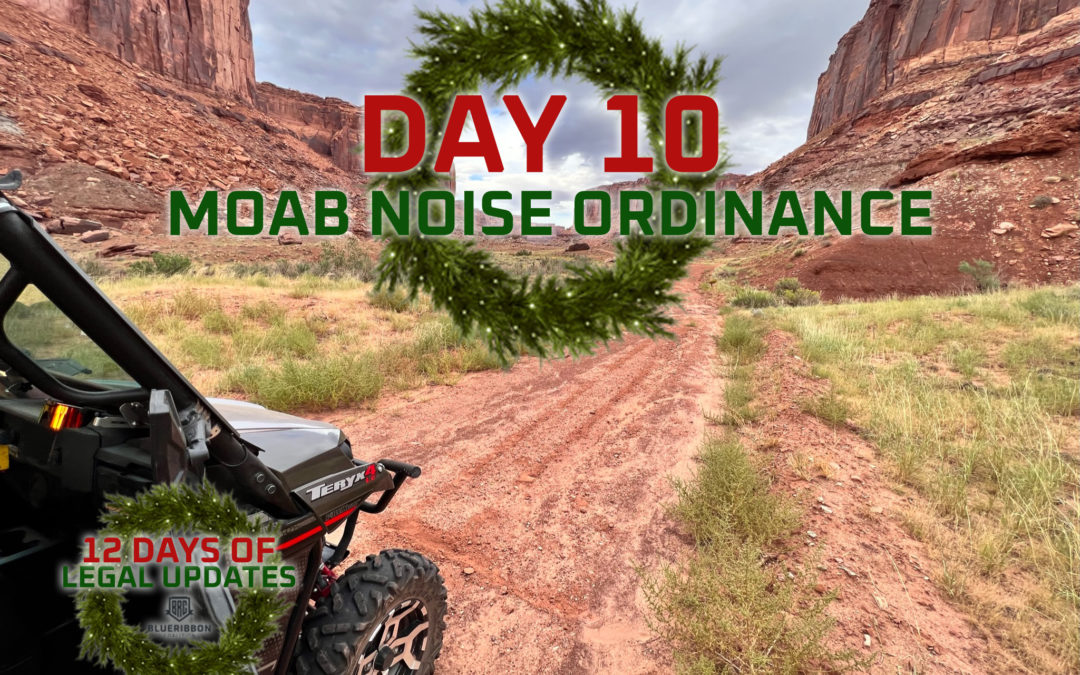 This year we have partnered with 11 ATV outfitters who are BRC Members in Moab to challenge oppressive ordinances passed by the local government to put them out of business and restrict motorized access to public roads in Moab. The OHV community in Utah was successful in passing new laws at the state level that nullified most of the ordinances passed by Grand County and Moab City.

We are still moving forward with litigation to challenge an illegal noise ordinance that is still in effect and to hold the local government officials accountable for the damages caused by their effort. Throughout the year we have heard from numerous sources in Moab that tourism spending is down, and many believe this is because Moab has sent a strong signal that many tourists aren’t welcome in Moab.

We have always tried working with local elected officials in Moab as our first and preferred method for resolving user conflicts in the community. Hopefully with more reasonable elected leaders in office, we can find productive paths forward to make a Moab a world-class, inviting destination for all outdoor recreation users.