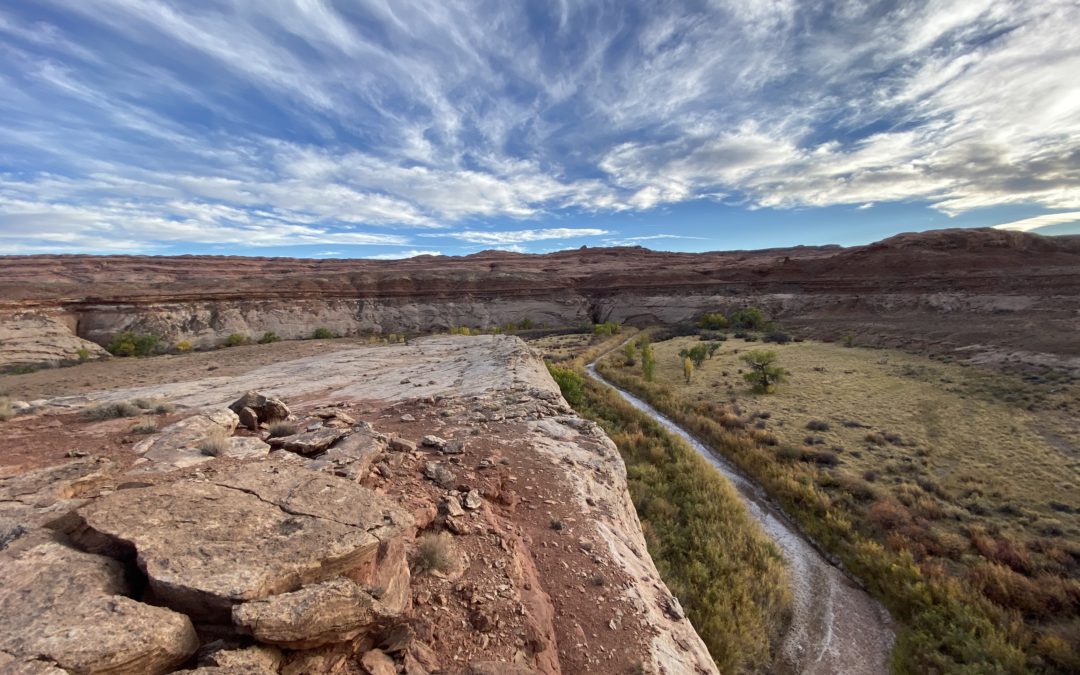 In the Fall of 2020, the Price Field Office of the Bureau of Land Management released their decision to open hundreds of miles of roads in the San Rafael Desert. The San Rafael Desert is South of Green River Utah, and features terrain similar to what you find in Moab without the crowds.

This decision was part of a settlement between wilderness advocates, the BLM, and included multiple defendant intervenors – including BlueRibbon Coalition. The wilderness groups weren’t happy that the BLM recognized and opened hundreds of miles of roads in this spectacular desert riding area, so they appealed the decision. Their administrative appeal was rejected, so they filed an appeal in federal court.

We joined this appeal as defendant intervenors to ensure that the interests of our members were represented in this legal challenge. We’ve spent time in this area ground-truthing the trails. We’ve reviewed the administrative record. All of this was to prepare to respond to the complaint filed by the wilderness advocates. The wilderness groups asked for numerous extensions, and months became years.

In January 2022 we learned that BLM released a categorical exclusion to close 35 miles of roads in this travel area. By closing these roads through a categorical exclusion, BLM wasn’t required to solicit public input. In short, this was a devious way to close roads that had just been analyzed through an extensive process and were the subject of active litigation. We are currently working on appealing this closure, but this closure was the first indication that things were moving in an unexpected direction.

The day after the 30 day window to appeal the 35 miles of closures in the categorical exclusion, our attorneys received notice that the BLM, the Department of Justice, and the wilderness groups had drafted a settlement and motion to dismiss the federal appeal. This was turning into a classic sue and settle case, where these environmental groups were manipulating the legal process to put themselves in a position to make a backroom deal. Surprisingly, the Defendant Intervenors were left out of the process of negotiating the terms of the settlement.

Last week BlueRibbon Coalition, the State of Utah, and Ride with Respect submitted our opposition to this sham settlement.

Support Our Legal Effort to Protect Your Trails

The terms of the settlement require the BLM to analyze 12 more miles of roads for closure. The way these routes were singled out positions this settlement to violate the Dingell Act, which includes statutory language from Congress that roads like these in Emery County be left open. The settlement requires a public process to analyze the routes, but a bizarre condition of the settlement also forbids the BLM from sharing maps and data which will be necessary for the public to provide meaningful feedback. You can review the Settlement Agreement below:

When combined with the 35 miles of closures in the Categorical Exclusion decision, this settlement perpetuates the uncertainty that has plagued recreation users of public land in Utah for over a decade now due to never-ending litigation from the wilderness groups.

We recognize that the legal process is convoluted, but we want to keep you informed that we continue to fight these processes every step of the way. The San Rafael Desert is the first decision that was reached in a process that includes 12 other travel areas that cover over 10,000 miles of routes in Utah. Here are the takeaways we want to share from what we’ve learned as we work through this appeal in the San Rafael Desert.

We know that this travel planning process in Utah is going to be a long haul project. We know we will have to aggressively fight on every one of these plans to protect your rights enjoy your public land. We started the 10,000+ Project to build a community around our effort to defend these 10,000+ miles of roads. The lifeblood of this effort is the growing number of 10,000+ Project subscribing members who are donating only $5 a month to our legal fund. There is strength in numbers, and we need 1,000 members donating at least $5 a month to build the legal war chest we need to go the distance on these fights.

Become a Supporting Member of the 10,000+ Project