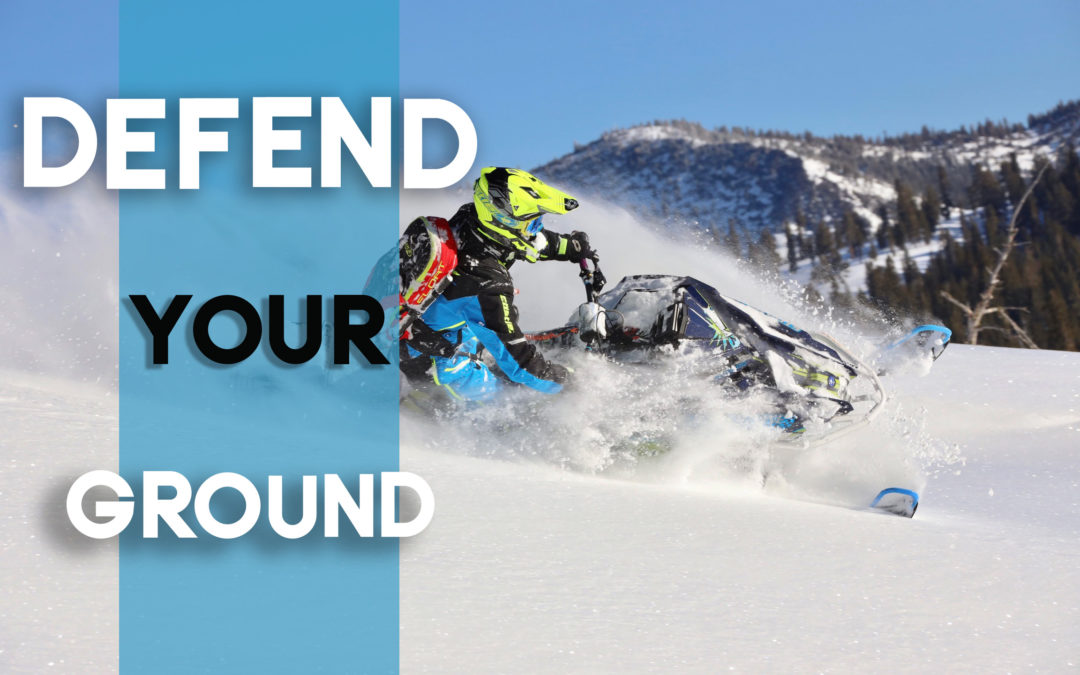 Again, this year the Jackson Snow Devils provided BRC a booth at the Jackson Hole World Championship Snowmobile Hill Climb. The booth was located between the Advocates for Multi-use of Public Lands (AMPL) booth and the Wyoming State Snowmobile Association (WSSA) booth at the Hill Climb event. We also connected with the Pink Ribbon Riders, the All American Heroes Foundation, and the Lake Tahoe Snowmobilers.

We spent the weekend discussing the Stanislaus Forest Winter Travel Plan with vendors, manufacturers, and the thousands of attendees. This plan which closes 565,000 acres to snowmobiling and creates many problematic issues including snow depth requirements cannot stand. BRC along with, the American Council of Snowmobile Association (ACSA) are part of legal action filed by the Sierra Snowmobile Foundation against this plan. In addition, we discussed the status of the Yellowstone Winter Use Plan and the Non-Commercially Guided Snowmobile Access Program, which continues to be a major success.

The event was the warmest in the history of the Hill Climb and created record attendance. The temperatures Thursday through Sunday were a range of 48 to 56 with light winds. The total crowd for the four-day event was up, with the Jackson Snow Devils Club estimating about 10,000 people in attendance for the various events.

In addition to the Stanislaus Forest legal action and Yellowstone Park snowmobile access, we updated attendees on our just released new BRC logo and the new membership programs. Another highlight of the four days was being interviewed by the roving infield announcer and publicly being thanked for BlueRibbon’s efforts in Yellowstone and for keeping the National Forests open to snowmobilers. This interview was on Sunday during the finals for King of the Hill when thousands of spectators were present.

We would like to thank the Jackson Hole Snow Devils Snowmobile Club, who puts on the World Championship Hill Climb each year, for providing BlueRibbon Coalition with a free booth at the event again this year.