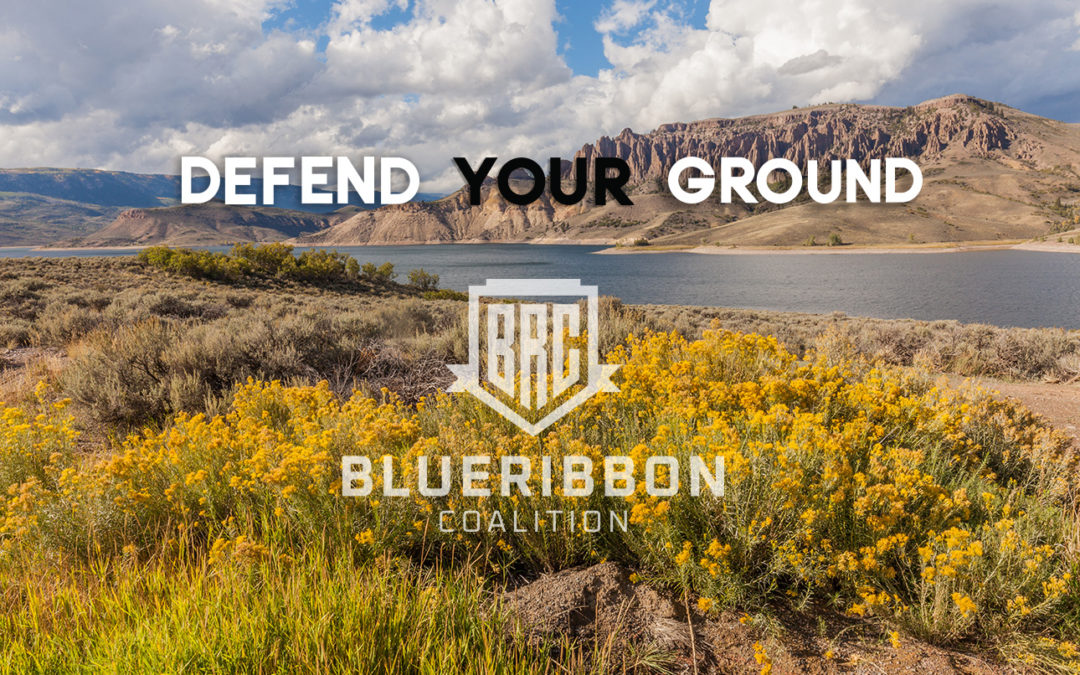 Blue Mesa Reservoir is Colorado’s largest body of water and provides many different recreational opportunities located within the Curecanti National Recreation Area. This reservoir normally brings in millions of dollars each year due to recreation. However, in 2021 Elk Creek Marina was closed due to water levels. Elk Creek Marina is the larger of the two marinas and is the hub for recreation. In 2021 the water levels dropped therefore the National Park Service (NPS) needed to move the docks out making the marina unusable.

The start of the 2022 season NPS announced that Elk Creek Marina wouldn’t be opening up for the second consecutive year. With our first initial calls “low water levels” were cited as the reason however, upon more conversations and phone calls we discovered the water levels had actually risen enough that the docks could be moved back allowing Elk Creek Marina to operate. What was the problem? NPS didn’t want to pay the cost to have a third party move the docks with a possibility of water levels dropping again and having to move the docks twice in a season.

NPS is choosing to not spend $80,000-$90,000 for the docks to be moved stifling millions of dollars in economic value. National Park Service recently released analysis of the economic output create by national parks in adjacent communities. According to the NPS data Curecanti National Recreation Area, which includes Blue Mesa is responsible for $59.8 million in economic output for the local economy. It is irresponsible and NPS should at least be analyzing other alternatives such as training marina staff to move the docks like they do at Lake Fork Marina (the smallest of the marinas on Blue Mesa). The recreational value that Elk Creek Marina brings in is huge compared to Lake Fork Marina. It makes no sense to sabotage a portion of $59.8 million in economic output to save $90,000 dollars.

Please add your voice to ours to let the National Park Service know that they cannot simply choose when they want to allow recreation and businesses to thrive.