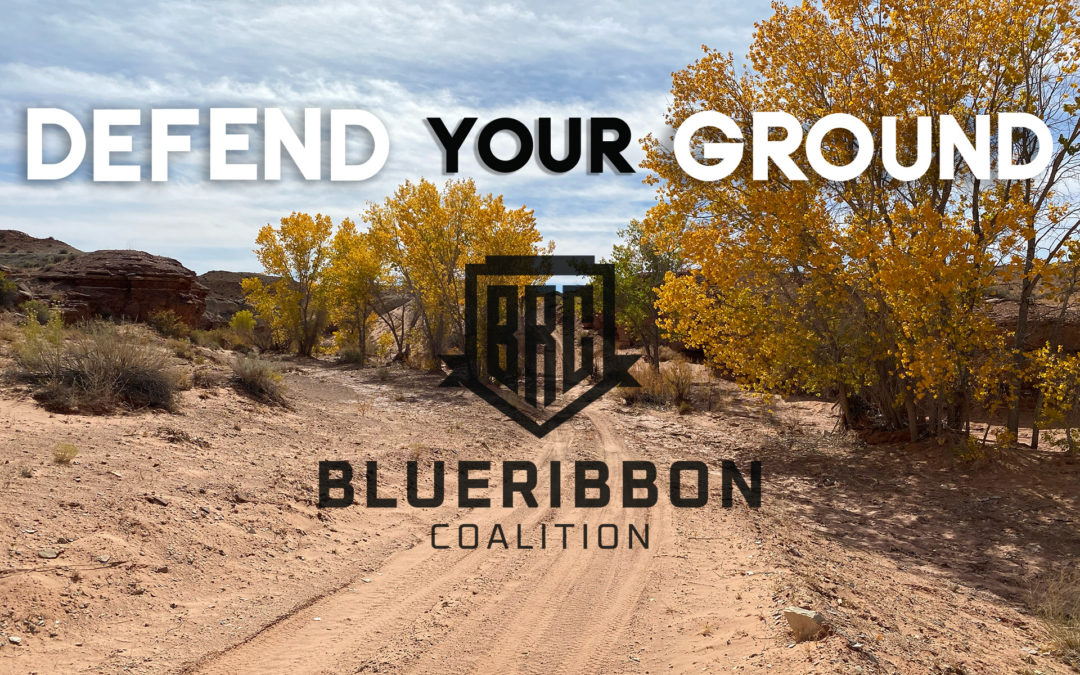 The BLM recently announced that they would be analyzing 195 miles of routes – Again – in the San Rafael Desert. We’ve been following this issue for several years, so let us give you a quick refresher.

We are currently waiting to see if the closures of the 35 miles of routes through categorical exclusion will be reversed by our appeal.

The BLM announced it is collecting feedback from the public on 195 miles of routes as part of the settlement agreement with SUWA. Here is the BLM’s request:

Request for Public Input: During the process that culminated in the 2020 SRD TMP, BLM received extensive input on routes in the SRD TMA from the public and cooperating agencies. BLM is reviewing these prior comments as a part of its preliminary reconsideration assessments. BLM now invites the public to submit new information focused on the settlement routes, including information about the routes’ purpose and need and resource considerations. Because BLM has reviewed and is considering comments submitted prior to the adoption of the 2020 SRD TMP, BLM respectfully requests that commenters only provide new settlement-route-specific information not already submitted in the previous SRD TMP travel-planning effort.

It is worth pointing out that BLM makes it clear that they are requesting new information on these routes, however, until we hear back on the 35 miles that were closed through categorical exclusion, it is incredibly difficult for the public to assess the current condition of the closed routes to provide new information.

We shared our concerns with the BLM, and we requested that they rescind the temporary closure order or extend the deadline of the reconsideration process until 30 days after we receive a response to our appeal.

This is the response we received from the attorneys at the BLM:

I have consulted with BLM and they decline your request to withdraw the temporary closure order or extend the San Rafael Desert reconsideration process being conducted pursuant to the 2022 settlement agreement. The agency’s recent current request for new information concerning the routes under reconsideration is not a request or invitation to use off-road vehicles on routes that are temporarily closed. Additionally, there are ways for the public to obtain information, even on temporarily closed routes, including, for example, by walking, using drones, or using Google maps or other electronic imagery.

We have spent time in the San Rafael Desert ground-truthing the BLM’s field work with volunteers who have physical disabilities that prevent them from walking 35 miles in harsh terrain during the months of July and August when the average temperatures in the San Rafael Desert easily exceed 100 degrees. It is insulting and discriminatory that BLM’s response to stakeholders in this process is that instead of letting them use OHVs on perfectly good OHV routes to provide public feedback on the condition of the OHV routes, they must walk. The BLM also buried the information about these closures in the “related projects and links” tab of the project page instead of acknowledging these route closures in the introductory document.

While we need any willing members of the public to provide feedback on these routes, if you do go to the San Rafael Desert to ground truth the routes, please review the current route closures to avoid using these routes with an OHV. If you decide to walk these routes, please bring a good pair of hiking shoes, a lot of water, and a satellite device to call Search and Rescue if necessary (these perfectly good OHV routes can still be used by Search and Rescue vehicles).

In the image above, the routes in red are the ones BLM is analyzing again. You can also access an interactive version of this map here, so you can zoom in and review the routes in more detail.

We invite all our members, and especially our supporters of the 10,000+ Project to add their feedback to this process. Here are the forms of feedback that will be the most helpful: