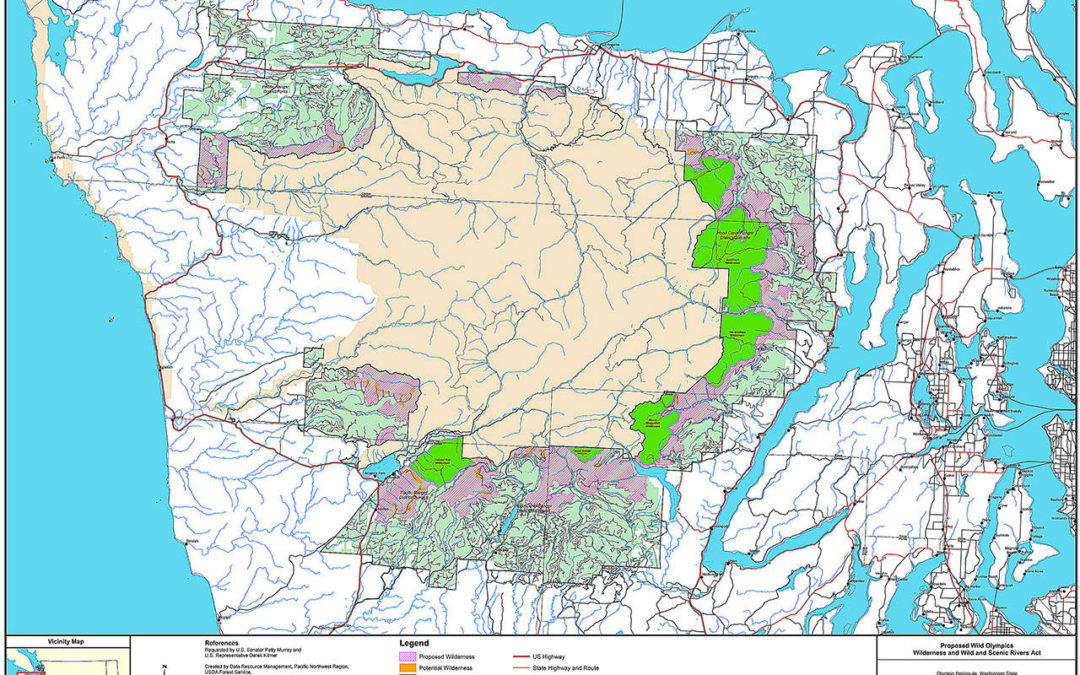 Colorado Representative Diana Degette is sponsoring the Protecting America’s Wilderness Act, also known as the PAW Act. This proposed legislation includes designating 1.3 million acres of land as Wilderness and over 1,000 miles of river as Wild and Scenic. Many of the areas being proposed are currently designated as wilderness study areas or areas with wilderness characteristics. This bill would officially designate them as Wilderness, resulting in lost access forever. Within the bill there are 6 acts that will affect substantial areas in Colorado, California, and Washington: Colorado Wilderness Act, Northwest California Wilderness, Recreation, and Working Forests Act, Central Coast Heritage Protection Act, San Gabriel Mountains Foothills and Rivers Protections Act, Rim of the Valley Corridor Preservation Act, Wild Olympics Wilderness and Wild and Scenic Rivers Act.

It is through designation of vast acreages of wilderness that the 30×30 Initiative will be implemented, and we must work together to stop the lock up of our lands, natural resources and recreation areas. This legislation has already passed the House of Representatives, and the Senate tried to sneak it into the NDAA back in December of 2021. This bill will greatly hinder recreation access across the western United States and we need everyone to contact their representatives to oppose this bill.

Review our Full Briefing of the Legislation

This portion of the bill will designate nearly 250,000 acres of public land as Wilderness in the Los Padres National Forest and Carrizo Plain National Monument.

The bill will expand the San Gabriel Mountains National Monument, establish a National Recreation Area (NRA) along the foothills and San Gabriel River corridor, this includes Azusa Canyon which is a popular OHV area in Southern California. While National Recreation Areas sometimes result in managed opportunities for motorized recreation, these areas often also tend to be managed like National Parks and wilderness areas over time.

In the map above you can see the areas in purple that would be designated as wilderness under the PAW act. There are numerous roads and trails that cross through these areas. It is worth noting that the area in beige is a National Park, and the bright green areas are already designated wilderness. The vast majority of this landscape is already managed under very restrictive designations. The inclusion of the Wild Olympics Wilderness and Wild and Scenic Rivers is one more reason this bill should be opposed by those who enjoy recreating in and utilizing public land.

You can read more about the PAW act here and the text of the bill here.