Glen Canyon Dam created an opportunity.  At the time of its construction, this opportunity was sometimes viewed in terms of water storage, power generation and flood control.  Recreation on newly-formed Lake Powell, while clearly envisioned as a planned benefit, was perceived by some as a byproduct of the other reasons the dam was built, rather than as a primary purpose.  That perception must change to align with current realities.

Lake Powell, which was once a remote but breathtaking recreational outpost with little supporting infrastructure, had by 2019 become a $420 million economic engine each year, and that’s just from direct revenue generated, not even counting any multiplier effect in the region.  Annual visitation, which in 1967 was under 500,000, had increased eight-fold by the end of the second decade of the 21st century.  By 2019, recreation on Lake Powell was producing more revenue than the power generated through the dam, a trend that will likely continue as other new energy options present themselves, but only if—and this is the crucial part—Lake Powell and its supporting infrastructure continue to exist and be maintained.

Water supply issues are evolving as well.  Water rights have been well-established, and the seven states in the Upper and Lower Basin, along with Mexico, work closely with the Bureau of Reclamation to manage water supply based on a series of laws and protocols first established a century ago.  But the legal framework they operate under no longer works as intended, especially as long-term drought has gripped the region, especially in the 21st century.  As water supply from the Colorado River has become less reliable, water managers in those states will become more creative with conservation practices while working to develop new supplies through recycled water, desalination opportunities, and engineered solutions.

As the need to focus on water and power from the Colorado River system continues to diminish, the importance of recreational opportunities only increases.  Lake Powell is a unique resource not just in the country, but in the entire world: a desert oasis providing unlikely access to some of the most beautiful canyons on the planet, while providing a haven for anglers, campers, hikers and anybody with a camera.  It’s an international treasure.

As times have changed, so must the focus of those who manage the lake.  Priorities change.  The purpose of the dam and the lake it created have evolved.  While there are loud and persistent voices who see draining the lake as the only reasonable path forward, we offer an alternative vision. Now is the time to Fill Lake Powell.

Below you will find a copy of our Path to 3588′ plan, which outlines the changes we think are necessary to stabilize and start refilling our reservoirs. The Plan also contains our guiding principles and mission statement.

The first step you can take to support our effort to fight for the interests of recreation users of Lake Powell is to sign our petition. We reference the support we’ve received from this petition in all our communications with government agencies. We will also keep you updated on our progress.

Count Me In to Fill Lake Powell

Review Our Path to 3588′ Plan to Fill Lake Powell. 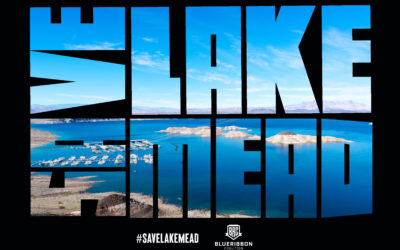 The National Park Service which manages Lake Mead has released its Sustainable Low Water Access Plan. We want the NPS to hear from recreation users and let them know the importance that recreation provides on Lake Mead, not just for entertainment but for natural and... 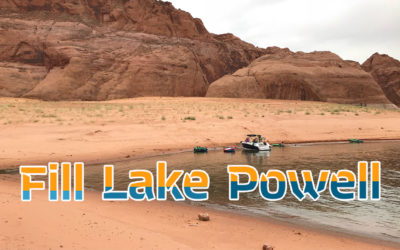 Pocatello, ID – In response to the Bureau of Reclamation’s (BOR) August 16, 2022 announcement of limited cuts in water use from the Colorado River System, BlueRibbon Coalition (BRC) reiterates the importance of taking meaningful action now. On August 10,... 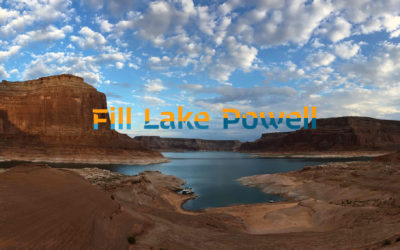 Read Our Full Analysis Recently the Bureau of Reclamation which oversees Lake Powell and the other reservoirs within the Colorado River Basin hosted two public meetings to inform the public of future plans to address the future management plans for the Colorado River....