A Sustainable Approach to Managing the Colorado River 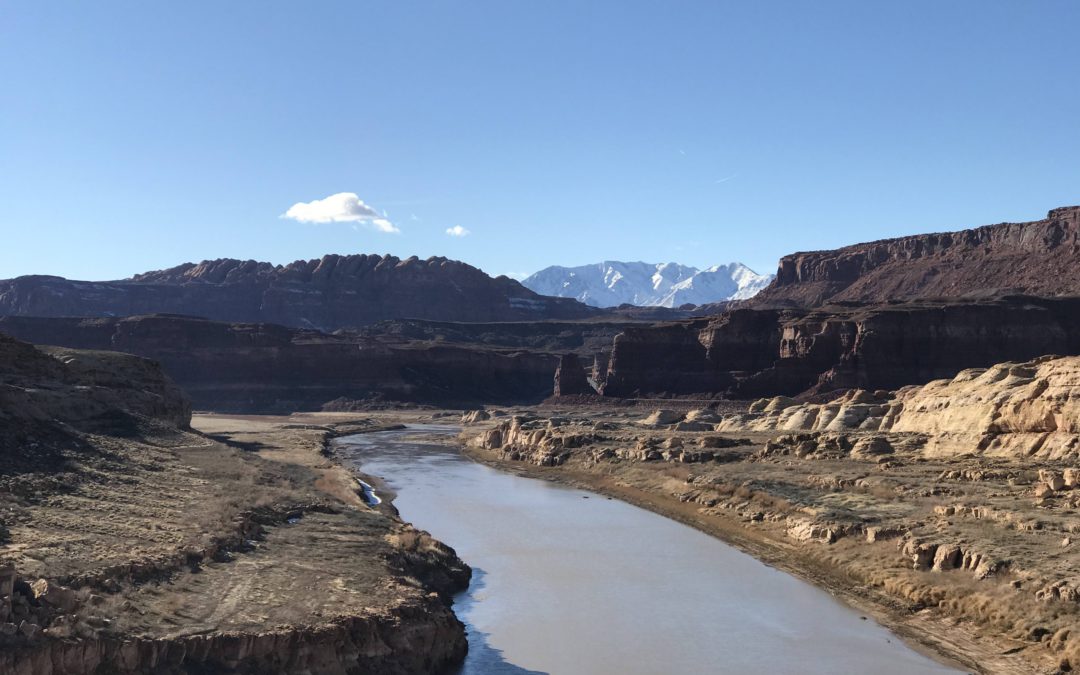 The ongoing drought has forced everybody to think more creatively and cooperatively than ever before when it comes to managing the Colorado River.  As the states (and other parties at the table) get together to re-imagine how the Colorado River watershed will be managed, it’s going to be difficult because the issues are so complex.  Water supply.  Energy.  Recreation.  Economics.  Ecology.  Is there a right path forward?

Here are just a few of the many thorny challenges in the way of a potential resolution.  Should the original allocation framework among the states be scrapped altogether?  If not, should future water shares be based on the relative percentages implied in the original 1922 Compact?  Or based on recent actual use, since that might be a better reflection of current realities?  How much can be allocated while maintaining a minimum lake level to generate power through the dam?  And then, what about the needs of recreational users?  Their needs do not consume a drop, but their rights and related economic impact must be factored into any future framework.  What is a fair outcome?

This is the challenge before all stakeholders in this collective effort.

What follows is one approach that could unravel the knot as equitably as possible, while still maintaining a viable Lake Powell, which is crucial for economic, recreational and power generation needs.

As a starting point, let’s review the 1922 Compact and subsequent documents that constitute the “Law of the River”, which defined the potential water rights of each state in this way:

Upper Basin – up to 7.5 maf, from any remaining supply after delivering 75 maf over any 10-year period to the Lower Basin.  There is no guarantee that the Upper Basin would receive 7.5 maf in any given year.   For that reason, allocation is based on a percentage share of water availability, as follows:

Thus, for all parties to be made “whole” under the current framework, there would need to be at least 16.5 maf in the system on average before anybody takes any water out of the system (discounting the effects of evaporation and seepage).   This figure has not been reached since 2011, and the last time before that was in 1998.  Thus, the Upper Basin has in recent decades never been in a position to take its full theoretical allocation.  And in fact, the Upper Basin has never used more than 4.27 maf, even in years of great water surplus.  There was just no need in the 1970s and 80s.  Now that there may be a need because of recent growth in those states, there isn’t enough water available.

It is difficult to determine a fair basis for future water use when there is a chronic shortage.  On its face, it would seem some sort of percentage reduction for each state based on actual water availability would make sense.  At the same time, if there is ever a surplus in a given year, none of the parties should be allowed to exceed water use beyond their maximum limits established under the 1922 Compact.

Let’s start by looking at actual water use by all the states in recent years.  In general, the Lower Basin states have been gradually reducing their use since 2000, from a high of 8.66 maf in 2002, to a low of 6.57 maf in 2019.  In contrast, Upper Basin use has been steady but slowly rising during that time.  In 2002, the collective use in those states was 3.74 maf, but since 2017 it has climbed to be just over 4 maf, with a peak of 4.27 maf in 2018, the most ever used in the Upper Basin.   And yet Lake Powell has generally dropped in recent years.  That suggests there isn’t enough water in the system for what is currently being used, because if there were, Lake Powell would remain stable or even rise.

How do you solve this problem?

Here’s one possibility: Future water use should be based on a 10-year rolling average of pre-diversion water availability, with a percentage share of that assigned to each state for their use as they see fit.  Thus, water use limits in every state could vary over time as water availability fluctuates, but would never be allowed to exceed the maximum right for each state established through the Law of the River.  This approach would allow Lake Powell to remain stable or even rise slowly over time, which would ensure ongoing recreational and economic opportunities associated with the lake.

Let’s look at how water use could have been allocated in 2021, if such a system were in place at the time.  In that case, the 10-year average water availability in the system before any diversions from 2011-20 was 13.00 maf.  On that basis, the allocations for the Upper Basin, Lower Basin and Mexico could have been determined for 2021.  (You’d also have to account for evaporation and seepage loss, but let’s leave it out for now for simplicity.)  You would then multiply that figure by the 10-year average of actual water use in each of those states to determine how much could have been drawn in 2021.  This approach is gradually responsive to changes in water availability, such that it would not disruptively alter year-to-year water allocations for the states, and would allow each state time to plan for alterative water supplies (or to reduce demand).

Just to put numbers to that example, here’s what would have happened in 2021 under such a system.

If you convert those to percentages (the relative share for each state), here’s what you come up with:

One important piece to consider before calculating allocations is the relative surplus (or deficit) that water use has produced relative to availability over time.  That can also be calculated as a rolling average.  For example, if the states have been consistently using more water than is available, there is a net long-term deficit to the system.  And that is reflected in the generally dropping levels at Lake Powell and Lake Mead.  We have obviously been overusing what is available, or else those lakes would remain stable or rise.  So the basis for water use needs to account for “paying back” water deficits to those reservoirs.  And when you look at the numbers, water use has been running a net deficit in the system since 1994 when you consider a 10-year rolling average.  That’s why, on the whole, the lake levels keep dropping.

In 2021, the net annual average deficit in the system (based on a 10-year average) was 1.98 maf.  So you’d have to discount that 1.98 maf from the theoretical basis of water availability.  And then you’d also need to subtract Mexico’s share.  That’s what needs to be “paid back” to the system to keep Lake Powell stable and rising.  So the proposed Water Allocation formula looks like this:

When applied to the relative percentage of recent use for each state, this would have been each state’s sustainable water allocation for 2021:

These numbers are not going to make everyone happy, because they represents a compromise for every state.  But it’s a sustainable and flexible approach, which would slowly allow for the long-term recovery of both Lake Powell and Lake Mead.  If drought continues, water allocations will continually get smaller.  But if the snow returns, everyone gets more.  And if it’s a bonanza year (like 1983), every state would realize its full allocation under the original compact, with a lot of water left over to fill the reservoirs.

I Want to Join the Effort to Fill Lake Powell

Leave a Reply to Will Thaler Cancel reply